While the Klan’s public rallies and cross burnings brought to mind a county fair or a church revival, the soul of the Ku Klux Klan revealed itself most plainly later in the night, after the children’s games had finished and the burning cross extinguished.

This is an updated version of a story that I first published in the winter 1996 issue of Southern Exposure. It’s the 6th in an 8-post series on the Ku Klux Klan in eastern N.C. that I’ve been putting up all week and which I’ll finish up on Sunday.

This can certainly be seen in the county where I grew up. By 1965 the Klan had organized at least three Klaverns in Craven County. They held open air rallies on the outskirts of New Bern, the county seat, as well as in the town of Vanceboro and in the smaller communities of Jasper, Ernul, Dover and Cove City. 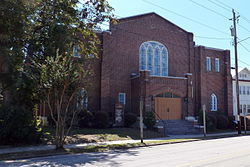 I’m sure the Craven County KKK was not the state’s most violent, but the KKK papers revealed a remarkable litany of crimes. Among them, in February 1965, Klansmen bombed St. Peter’s AME Zion church and two automobiles in New Bern. St. Peter’s is the historic mother church of the AME Zion denomination in the South. 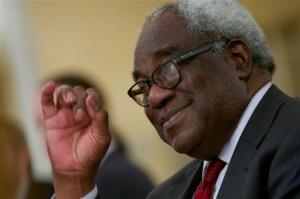 Outside town, the local Klan later bombed the Cool Springs Free Will Baptist Church in Ernul, a little community 12 or 13 miles north of New Bern.

Yet another blast severely damaged Joe’s Branch Free Will Baptist Church, home to a black congregation near Vanceboro.

If you’re interested in learning more about Julius Chambers, I highly recommend Rich Rosen and Joe Mosnier’s recent biography. Chambers and his law partner, James Ferguson, played crucial roles in support of local civil rights movements across N.C. in the 1960s and ’70s.

A member of that Klavern also shot a state trooper. Others stoned a school bus. Still others paid nighttime visits to parents, grandparents and teachers of any race who cooperated with school desegregation in any fashion, such as accepting jobs at Head Start centers or after-school programs that enrolled black and white children.

In Vanceboro, the Craven County Klansmen burned a cross and torched an outbuilding on Mayor Royce Jordan’s front yard and repeatedly attempted to assassinate him. Jordan, who was white, had been an outspoken supporter of school integration.

Craven County’s Klansmen also traveled into neighboring counties. According to the KKK papers, they staged violent attacks on civil rights marchers in Plymouth and Williamston. They also threatened to drag black teachers out of a formerly all-white school in Onslow County, 20 miles to the south.

Internal reports also indicate that SBI agents suspected that the Craven County KKK was involved in the bombing of Georgetown High School, a historically black school in Onslow County. Bombs exploded in the school on a May morning in 1966, destroying the gymnasium and burning much of the building.

To this day, many local African Americans believe that the bombs detonated 12 hours prematurely. They exploded at 3 AM and high school graduation was scheduled in the gymnasium for 3 PM that day.

Like most Klaverns, the Craven County group showed a marked preference for harassing the community’s most vulnerable.

Just to give one example, in a trademark case of Klan viciousness directed at the weak, in January 1966 Klansmen harassed and threatened a mentally handicapped white child for playing with black friends.

They took me out
To some lonesome place.
They said, “Do you believe
In the great white race?”

Those were just the tip of the iceberg. I have been interviewing Craven County families for decades. Again and again, I learn about another KKK atrocity of some kind that never made it into SHP or SBI records, or onto the pages of local newspapers or into the files of national civil rights groups. We know only a tiny fraction of what the Klan did at night.