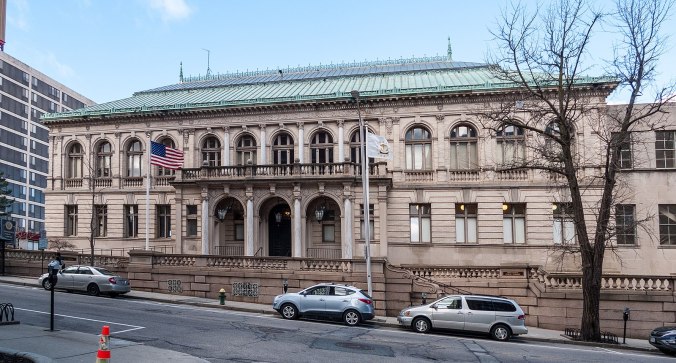 This morning I am remembering a research trip that I made some years ago to the Providence Public Library in Providence, Rhode Island. Built in the style of the Venetian Renaissance, the library is an exquisitely beautiful old building.  But when I ascended the Italian marble staircase and opened the door into the special collections room, I thought I had discovered Hogwarts Castle’s Room of Hidden Things from Harry Potter and the Half-Blood Prince. 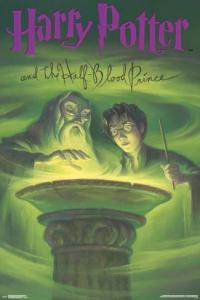 In J. K. Rowling’s Harry Potter and the Half-Blood Prince, the Room of Hidden Things is a very cluttered magical room in Hogswart Castle (or really one form of a magical room called the Room of Requirements) available to wizards and witches that need a place to hide something.

I found towers of unshelved books, heaps of historical artifacts and piles of old maps and charts. Yellowed manuscripts and open reference books covered every table. I  hardly saw a chair that didn’t have a ship model, an old daguerreotype or something on it.

The scene reminded me of the home of my hoarder great-aunt  (a lovely woman) back in North Carolina.

Stacks of more recent manuscript and book acquisitions that had yet to be cataloged surrounded a desk. A friendly, but bedraggled-looking curator told me that he had been waiting for ages for somebody to have time to look at them.

The curator made no bones about it. That was the midst of the Great Recession and endless rounds of budget cuts and staff lay-offs had left the special collections room in a dismal state of neglect.

That was hardly the first underfunded and under-staffed archive or library that I had seen during the Great Recession, but I had not visited another that looked quite so forsaken.

At that time, the friendly curator was the special collections department’s only employee. During the economic downturn, he had been re-assigned to other parts of the library 2 or 3 days a week. On those days, he had to close the collection to visitors.

The poor man was obviously quite capable and exceptionally knowledgeable, and he was very helpful to me. But the situation had obviously worn him down: things had gotten away from him. The past had come out of the collection boxes and off the shelves and he couldn’t put it back by himself.

While the curator and I were talking, another patron wandered into the room and needed his help.  The curator gave a little sigh, making me suspect that he had once had an assistant so that more than one researcher at a time could use the manuscript collections.

He pointed me toward the finding aids and the manuscript collections, and he told me to help myself.

But oh what treasures.  The Great Recession had taken its toll on the historical collection, but deep down, beneath the dust and dishevelment, it was still a beautiful place.

I had come there to do historical research for my book The Fire of Freedom: Abraham Galloway and the Slaves’ Civil War. I was looking for historical documents related to Rhode Island’s African American troops that served on the North Carolina coast during the Civil War.

I was using the library’s Caleb Fiske Harris Collection on the Civil War and Slavery. Originally acquired by the library in 1884, that extraordinary collection includes more than 10,000 pamphlets, broadsides, ballads and letters related to that part of American history.

But I discovered so much more, too:  I had no business looking at them, but I couldn’t help but admire the library’s special collections on the history of printing, Rhode Island history, Irish literature and other subjects.

I also noticed some endearingly quirky stuff that I felt surely revealed some of the past library patrons’ more eccentric passions.  One was a local magician’s collection of magic books. 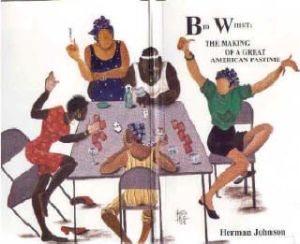 Some kinds of whist are still played today. One, bid whist, holds a proverbial popularity with U.S. military forces and in African American communities. A fascinating history of African Americans and whist is Herman Johnson’s Bid Whist: The Making of a Great American Pastime

Another, dating to 1917, was evidently the country’s largest collection of books on whist, a card game that was enormously popular in many parts of the world in the 18th  and 19th  centuries.

Since I could only spend a day at the library, I restrained myself from exploring the library’s collections on magic and whist (though I was curious).

However, I was heartened to know that the library offered a good home to collections that had been so passionately gathered and preserved.

And as any archivist will tell you: who knows what future generations will want to know?

I could not visit the Providence Public Library without taking at least a quick look at its famous maritime collections.

Providence is located at the head of Narragansett Bay, and the library’s collections reflect its history as an important seaport. 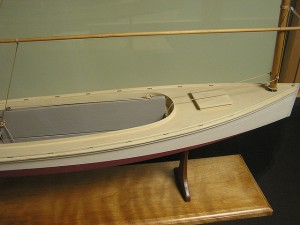 Model of a New Haven sharpie, by Alfred S. Brownell, Providence Public Library. Boatbuilders on Core Sound and the Beaufort-Morehead City area in N.C. adopted the New Haven sharpie for fishing, oystering and freight hauling beginning in the 1870s. For several decades, the sharpie was the region’s most popular workboat. Courtesy, Providence Public Library

In the Library’s Ship Room, for instance, I found an extraordinary collection of Atlantic coast fishing boat models.  An acclaimed marine historian, Alfred S. Brownell, built them in the first half of the 20thcentury. The collection also included his maritime history books, prints and technical drawings.

Above all, I had to browse through the Nicholson Whaling Collection while I was there.

I had few hopes of finding anything in the whaling collection related to my research for The Fire of Freedom. However, I just couldn’t visit the Providence Public Library and not look at some of the Whaling Collection’s historical manuscripts and artifacts.

The Nicholson is one of the largest and most important collections of books, manuscripts and artifacts on the history of America’s whaling industry.

It is a treasure house:  the heart of the collection is a library of thousands of printed books and 750 manuscript logbooks chronicling a thousand whaling voyages—each a story of otherwise lost journeys and forgotten lives.

The Nicholson Collection also includes many historical photographs, ship models and other artifacts, including some of the most beautiful scrimshaw that I have ever seen.

Scrimshaw, the whaler’s folk art, has always captivated me. Since I was a child, I have been entranced by its sculptural beauty, but also by all it represents about whales, whaling and whalers’ lives. 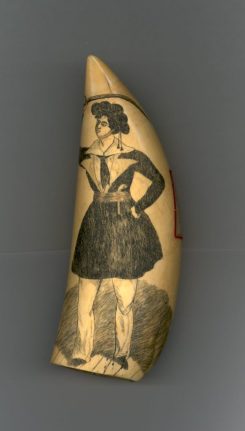 A piece of scrimshaw is all at once many different things. It is a work of art, of course, but it is also a memory of a great living creature and a piece of evidence against an industrial society that pushed its kind to the brink of extinction.

It is a witness to blood and oil and flesh undone, a keepsake of a long journey and sometimes of those lost, or loved, along the way. It is a reminder of distant places and the wonders of the sea, the irrepressible urge to make art and some would say it is also a kind of a totem, a symbol of the whale’s spirit.

Of all the scrimshaw pieces that I saw at the Providence Public Library, I remember two especially well. One was a sperm whale tooth carved with the image of a charmingly insouciant female pirate, or perhaps it’s a cross-dressing buccaneer.

The other was a walrus tusk. An unknown Inuit man or woman carved the tusk in the 19th century, and it is just gobsmackingly beautiful.  The carver adorned the tusk with a whole world of seals and polar bears, igloos and villagers, all in an icy reach.

One thought on “The Room of Hidden Things”