Tonight I watched a powerful documentary on an important but little known chapter in North Carolina’s history: the 1978 sanitation workers strike in Rocky Mount. In a generous-hearted, thoughtful and sincere way, the sanitation workers tell their own story in this public access TV documentary that deserves a much wider showing.

Reflecting back 40 years, the sanitation workers and their families recall why and how they risked their livelihoods to stand up for one of their own and for what they felt sure was right.

Produced by the City of Rocky Mount and hosted by Tameka Kenan-Norman for CITY TV 19’s show “City Beat,” the documentary also describes how the sanitation workers strike inspired a new generation of labor and civil rights activism in Rocky Mount and helped to usher the city into a new era.

“Preacher” Evans and the Old Suit

The spark for the sanitation workers strike was an incredibly small incident. However, that small incident hit a deep chord among the city’s black employees and Rocky Mount’s African American community, which at that time was roughly 40 percent of the city’s population.

In the documentary, Marjorie Evans, Alexander’s widow, recalls that “wherever they went, I tried to be with him, in the march and everything.” Courtesy, City of Rocky Mount and CITY TV19

On June 20, 1978, a city sanitation worker named Alexander Evans was on one of his regular trash pick-up runs when he found a men’s suit that had been left a few feet from one of his customer’s trashcans.

Mr. Evans, now deceased, was from the Bloomer Hill community in Whitakers, a few miles outside of Rocky Mount. 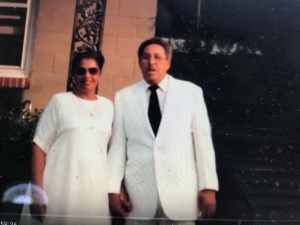 Alexander Evans outside his family’s church. Courtesy, City of Rocky Mount and CITYTV 19

A deeply Christian man, he was a deacon at Ivory Hill Baptist Church near Enfield, sang and played guitar in a gospel quartet and was known among the other sanitation workers as “Preacher Evans.”

Taking the suit home was normal: at that time, the sanitation workers and the large majority of the general public had a mutual understanding that the workers could take home any items left within a few feet of a trash can if they wanted to.

People often left bags of used clothes, old furniture and sometimes even nicer consumer goods that just needed a little repair work, like a radio or a television.

Mr. Evans often found such items on his route and carried them home.

Most often he cleaned or repaired them and gave them to neighbors or people at his church whom he thought could use the clothes or would appreciate a little something that they might not be able to afford themselves. 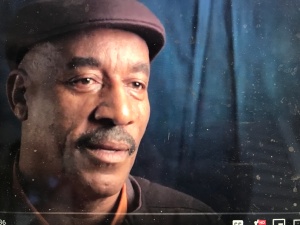 Willie Moody was one of Mr. Evans’ co-workers in Rocky Mount’s sanitation department. Courtesy, City of Rocky Mount and CITYTV 19

But that day the homeowner complained to the city government that Mr. Evans had taken the suit, even though, by all accounts, it was old and frayed and had been left by the trashcans.

Mr. Evans returned the suit the next day. Nonetheless, the city manager suspended him from his job on July 20 and the city police charged him with misdemeanor larceny.

A Legacy of Jim Crow

A little back story: at that time, less than 1 percent of black service workers in North Carolina belonged to labor unions. Under North Carolina’s labor laws, without a union, Mr. Evans had no right to a grievance hearing and could be fired for almost any reason at all, just or unjust. 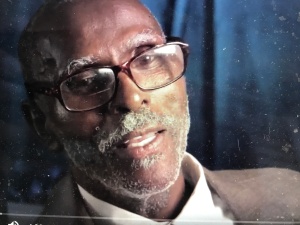 English Edmondson, another one of the strikers, said he “had no better friend” than Alexander Evans. Courtesy, City of Rocky Mount and CITYTV 19

North Carolina’s long history of anti-unionism and its weak protections for worker rights are two of the state’s enduring legacies of the Age of Jim Crow and the triumph of a self-described “white supremacy movement” that presided over state politics in the early 1900s.

As with so much else about Jim Crow, that history of anti-unionism and weak protections for workers rights ultimately did a great deal of harm not only to black workers, but to workers of all races.

Community Support for the Sanitation Workers

Even though they didn’t have a union behind them, the sanitation workers determinedly stood by Mr. Evans. They began to strike the next day, and their protest resonated deeply in the community’s heart.

The Rev. Lloyd Morris, Concerned Citizens Association and former pastor at Mt. Pisgah Presbyterian Church, was one of the community leaders that supported the sanitation workers during their strike. Courtesy, City of Rocky Mount and CITY TV19

Rocky Mount’s black citizens came forward to support them. Before long, there were marches and protest meetings.

As trash built up in the streets, the local NAACP chapter, black churches and other community activists (especially the indomitable Naomi Green) bolstered their morale and raised funds to help them to feed their families and pay their rents during the strike.

As the strike lingered into September, a pair of local black attorneys, Quentin Sumner and Antonia Lawrence, both barely out of law school, courageously took Mr. Evans’ case. In a jury trial in state Superior Court, they eventually prevailed: Mr. Evans was found not guilty and he kept his job.

But that wasn’t the end of the story: inspired by the sanitation workers, Rocky Mount’s black citizens soon sought to address what they considered the underlying reason behind Mr. Evans’ unjust treatment: the lack of black representation on the city council and at city hall.

Then, in a lawsuit based on the Voting Rights Act of 1965, they successfully challenged a racially discriminatory system of electing city council members that was another vestige of Jim Crow.

The court found that white city leaders had unconstitutionally designed that electoral system to limit black representation on the city council.

The voter registration campaign and the voting rights lawsuit moved Rocky Mount to a new age of equal representation for all. Today Rocky Mount’s city council and public employees are among the state’s most diverse.

In an important symbolic move, the city council’s resolution also recognized the strike as a historic event of which the city is proud.

In addition, the state of North Carolina recognized the sanitation workers strike with a state historical marker.

The Phoenix Historical Society, a brilliant and truly pathbreaking historical society based in Tarboro, had nominated the Rocky Mount sanitations workers strike for that recognition.

Located at the corner of Atlantic Ave. and Spruce St., across the road from an historical marker honoring the location of a landmark speech by Dr. Martin Luther King, Jr., in 1962, the marker reads:

It reshaped the labor movement in N.C.

At a ceremony unveiling the marker a few weeks ago, a crowd of supporters, city leaders and state officials joined the sanitation workers of 1978 that are still with us to mark the day.

I can’t help feeling that, in these dark and troubling times, when many of us struggle with how to make the world a better place, the history of the sanitation workers in Rocky Mount and the way that the city has honored them today is a story that might be a guiding light for us all.