Yet another memory. I am at the Rare Books and Manuscripts Department of the Boston Public Library in Boston, Massachusetts. Founded in 1854, the country’s first publicly-supported municipal library houses more than a million rare books and historical manuscripts.

The collection is spectacular. You will find first folios of Shakespeare there. You can find John Adams’ personal library, rare pamphlets written and published by Benjamin Franklin and poems by Emily Dickinson, written in her own hand.

“Some keep the Sabbath going to Church/I keep it, staying at Home/ With a Bobolink for a Chorister/And an Orchard, for a Dome.”

You will even find scrapbooks on the career of Ellsworth “Smoky Joe” Wood, a turn-of-the-20th-century ace for the Boston Red Sox, a real treasure if you’re a Red Sox fan like me.

You will also find an extraordinary collection of anti-slavery documents, including a large trove of letters written by some of the leading abolitionists in America prior to and during the Civil War.

When I was there, I was doing research for my book, The Fire of Freedom: Abraham Galloway and the Slaves’ Civil War.

Cardboard collection box for donations to the Massachusetts Anti-Slavery Society, 1839. Courtesy of the Trustees of the Boston Library/Rare Books, Boston, Massachusetts.

In particular, I was searching for historical information on the brilliant African American freedom fighter Abraham Galloway’s ties to Boston abolitionists. Galloway had escaped slavery on the North Carolina coast in 1857 and had first taken refuge in Canada. He was in Boston for an unknown period of time in 1860 though, and he sailed from there to Haiti early in 1861.

I was especially interested in two of the local abolitionists with connections to Galloway.

The first was George Stephenson, a Boston businessman who generally worked behind the scenes to support the anti-slavery movement. In the middle of the Civil War, Galloway sent his mother to Stephenson in Boston. Galloway had rescued her from slavery in Wilmington, N.C., and must have had complete faith in Stephenson or he never would have entrusted his mother to his care.

The second individual was George L. Stearns, a Boston industrialist. He was a steely, sometimes ruthless abolitionist who believed that God would forgive almost any sin committed in order to end slavery. He was a central figure in the country’s anti-slavery movement. Among much else, he purchased guns and supplies for John Brown’s raid at Harpers Ferry. Stearns also recommended Galloway to the Union army’s spy service in the first days of the Civil War. 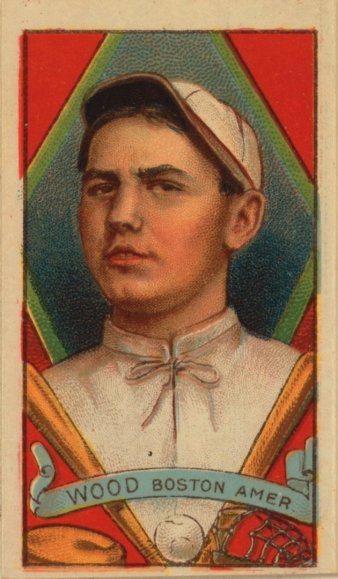 That week I did learn a great deal about Stearns, Stephenson and other local abolitionists with connections to Galloway– and what I learned about them taught me a great deal about Galloway. But I could not stop there: I didn’t know if I would ever come back to the Boston Public Library, so I had to take at least a quick look at some of Emily Dickinson’s poems, and of course I couldn’t resist leafing through Smoky Joe’s scrapbooks either.

The first page of Emily Dickinson’s poem, “Some Keep the Sabbath Going to Church” (1862). The first verse reads: “Some keep the Sabbath going to Church/I keep it, staying at Home/ With a Bobolink for a Chorister/And an Orchard, for a Dome.” Courtesy, Boston Public Library

I spent several days at the library. The days were full of contrasts: I sat at an antique mahogany table. I ate my lunch beneath the glorious murals created by Pierre Puvis de Chavannes, an influential French painter in the 19th century. Downstairs I shared a restroom with homeless Vietnam vets and forsaken psychiatric patients taking baths in the sinks.

5 thoughts on “The Muses of Inspiration”