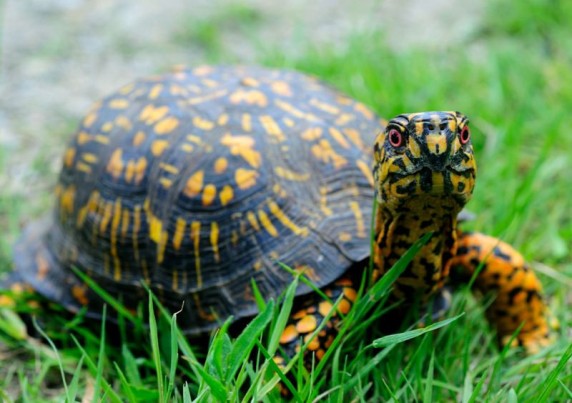 One of the great pleasures I had last winter was a visit from Dr. Linwood Watson, a Haliwa-Saponi family physician who has a passion both for growing native plants and for understanding more deeply how they were traditionally used for sustenance and healing in eastern North Carolina’s Indian communities.

On a beautiful sunny day, we sat by a fire in my backyard and roasted oysters and talked about growing up in eastern North Carolina and the stories that the old people used to tell us.

Linwood has a medical degree from the Brody School of Medicine at ECU. However, he does not confine himself to Western medicine when he thinks about medical treatments and healing. He’s always been interested in traditional native foods and healing traditions and in the connections between our well-being and the well-being of the rest of the natural world.

Linwood’s tribe, the Haliwa-Saponi, is based in Hollister, a small town in Halifax County, 50 miles northeast of Raleigh. He grew up a little south of there in Wilson, where his father was a farmer and his mother a teacher. They were the ones that first taught him about the natural world and growing things. As you’ll see, he still takes great delight in his garden and orchards. 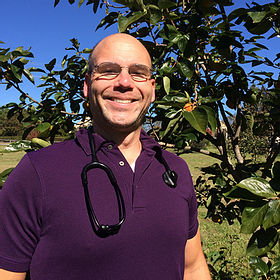 I liked him from the start. Linwood has a joy inside him. When I am with him, I can feel his sense of wonder and a marvelous, wide-eyed curiosity about the world.

While Linwood and I waited for the coals to get good and hot, I asked him if he would tell me more about the North Carolina Native Ethnobotany Project, which is another of his passions and the one that first brought us together.

ETHNOBOTANY: the scientific study of the traditional knowledge and customs of a people concerning plants and their medical, religious, and other uses.

As the project’s website explains, the North Carolina Native Ethnobotany Project aims “to nourish the resiliency that exists in Native American communities today by researching, preserving and teaching about their traditional knowledge of native plant species.”

Linwood and I had first talked about the project some months earlier, after he had read a piece I wrote called “The Turpentine Trail.”

A longleaf pine glade in the Croatan National Forest, Craven County, N.C. Longleaf pines once formed the largest forests in the southern states and their sap was the basis of the turpentine industry. The Waccamaw Siouan, Coharie and other tribes used the bark, straw and sap of longleaf and other pines in a host of different ways, including as a medicine. Photo courtesy, David McAdoo, Creative Commons

As part of the North Carolina Native Ethnobotany Project, Linwood and other volunteers have been holding conversations with native elders about the medicinal, cultural and spiritual uses of traditional plants. They ask them about their memories of how their families used plants in the past, and also now, and how the environment has changed in their lifetimes.

When he first contacted me, Linwood told me that a number of Waccamaw Siouan elders had shared memories of the longleaf pine ecosystem and the migration of the turpentine workers with the project’s volunteers. That got us talking, and I hope we will be talking for a long time to come.

When the coals were ready, Linwood and I put the oysters on a metal grate and placed the grate on top of the coals, propped up just a bit with a pair of bricks. Then I laid a wet burlap bag on the oysters. As the steam and the smell of the sea rose above the fire, he told me more about the project’s efforts to preserve and share traditional native knowledge of plants in a way that strengthens native communities today.

He told me that three different Indian tribes in eastern North Carolina came together to develop the project. They include the Haliwa-Saponi, the Coharie Tribe and the Waccamaw Siouan Tribe. The Coharie are centered in Sampson and Harnett counties, while the homeland of the Waccamaw Siouan people is on the edge of the Green Swamp, in Bladen and Columbus counties.

The project’s leaders and volunteers come mainly from those native communities. Some are community leaders. Some are environmental activists, and some are scientists. Some are all of those things.

The project’s directors are Dr. Tracie Locklear and Dr. Jillian de Gezelle, and they are both extraordinary scientists and activists. You can learn more about them, and also about Linwood and the project’s other community advisors, at the project’s website here.

If you explore the project’s website, you will find many interesting and educational materials. I’ve used the website’s “Plant Overviews” section to learn more about traditional native uses of wild plants that I often see in the woods and swamps of eastern North Carolina. I’ve also explored the website’s recipe section, and I’ve already tried the recipe for persimmon nut bread—it was delicious.

The Waccmaw Siouan people have historically used the juice from the stems of cattails (Typha Latifolia) as an analgesic. Photo courtesy, NC Native Ethnobotany Project

I’ve also really enjoyed the project’s blog, which features some truly wonderful writing, including a delightful piece called “The Consequences of Knowledge” that Linwood wrote about he and his wife searching for a legendary mulberry tree.

A lovely meditation on elderberries has been on my mind a lot this spring, too. Written by Randi Byrd, another of the project’s community advisors, the blog post is called “Elder and Berry: When Our Medicines Meet” and it finds in those simple berries lessons about wild things, healing and togetherness.

Linwood told me that the project’s leaders are hoping to put out a book that shares what Haliwa-Saponi, Coharie and Waccamaw Siouan elders have taught them about traditional native plants. He told me that the book might just be a dream, but I hope very much that it is a dream that will come true.

Our winter day in the sun filled me with delight. Linwood and I talked about all the important things: the joys of mulberries, the sublime pleasures of fig preserves and the secret to growing persimmon trees. We even discussed how I might remove the ancient family curse that seems to afflict my ability to grow fig bushes.

We talked about history too, and we shared recipes and we talked about the brokenness that everybody seems to feel now about our food system, what it takes out of us and what it fails to put back.

All this talking of growing things seemed somehow more special sitting outside together (at a Covid-friendly distance) on a winter day, in times that in so many ways seemed dark.

As we sat by the fire’s last embers, with little piles of oyster shells at our feet, I reflected on all that Linwood had shared with me. I thought about the project’s extraordinary effort to preserve the historical knowledge of the Coharie, Haliwa-Saponi and Waccamaw Siouan people. I thought too about how that knowledge is not just something to put away in a library, but is something that we very much need now, all of us.

I thought about how important what they are doing is, and how it is getting at something fundamental to this time and what is happening in the world today, by which I mean the urgency of finding a different way of thinking about what nourishes us, body and spirit.

You can explore the NC Native Ethnobotany Project’s website here. The project’s volunteers continue to hold conversations with Waccamaw-Siouan, Coharie and Haliwa-Saponi elders and you’ll be able to find more from those conversations and other new writing on the website in the coming weeks and months.

One thought on “The NC Native Ethnobotany Project”