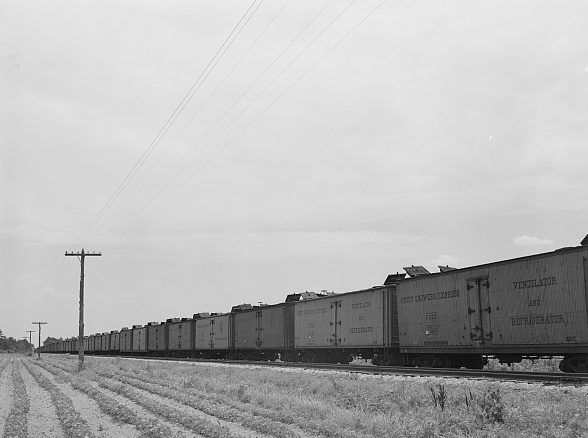 I discovered another forgotten chapter in eastern North Carolina’s history while I was exploring the Farm Security Administration (FSA)’s photographs at the Library of Congress— it is a story about the migrant farm workers that harvested the region’s crops in the 1930s and ’40s.

Near Shawboro, N.C., 1940. Having finished the potato harvest, this group of Florida laborers was bound for New Jersey. Photo by Jack Delano. Courtesy, Library of Congress

A talented photographer and composer, Delano was a Russian Jewish immigrant who had come to the U.S. with his family in 1923, when he was nine years old. All of his photographs show a warmth and sympathy for others and a special concern for the down and out. 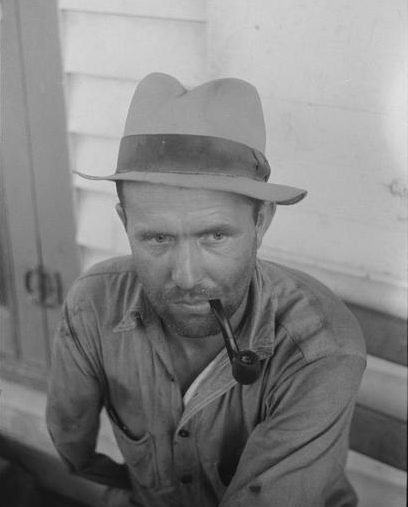 A farm worker from Texas at the potato grading station in Belcross, N.C. He was making 20 cents at hour. According to Jack Delano, the man dreamed of having his own sweet potato farm one day. Courtesy, Library of Congress

He was one of an extraordinary group of photographers that worked for the FSA during the Great Depression and the Second World War.  They included figures such as Dorothy Lange, Gordon Parks and Marion Post Walcott that are now icons in the history of documentary photography.

Delano took the photographs of migrant construction workers at Fort Bragg in March of 1941. But nine months earlier, when the FSA was still focused on the economic turmoil of the Great Depression, he had spent time with other migrant workers in a different part of eastern North Carolina.

In the summer of 1940, he took a remarkable series of photographs of the migrant laborers that harvested and packed potatoes in a group of counties not far from the Outer Banks.

Traveling up and down the East Coast, those men, women and children worked in orchards and fields from Florida to New Jersey. 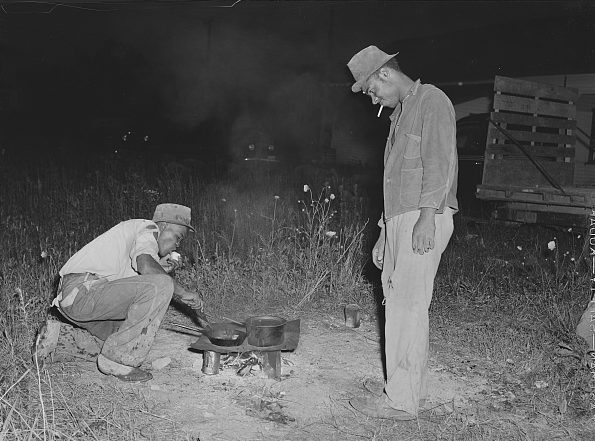 In the wintertime, most worked in the citrus groves and vegetable fields of South Florida. They lived in sprawling camps of laborers in places such as Belle Meade, Immokalee and Homestead.

When they finished the harvest in Florida, they worked their way up the East Coast. The farm laborers in Delano’s photographs harvested potatoes here in North Carolina in June and July, then headed to jobs further north. Delano reported that they traveled next to Onley, a village on the Eastern Shore of Virginia, and to Cranbury, a small town in southern New Jersey. 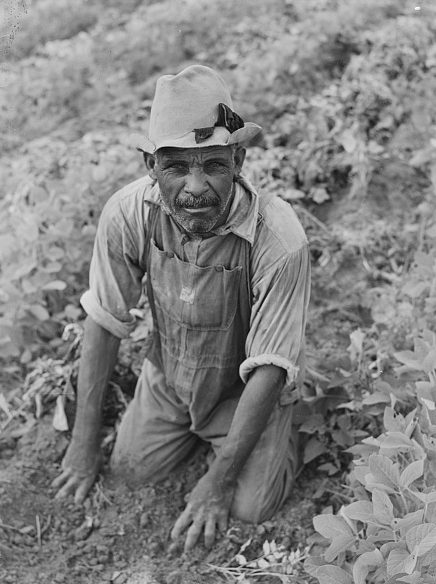 Harvesting potatoes on a farm in Belcross, N.C., 1940. Photo by Jack Delano. Courtesy, Library of Congress

That summer of 1940 Delano photographed migrant potato workers in the rural communities of Belcross, Shiloh and Belcross in Camden County, N.C., and in Shawsboro in Currituck County, N.C.

He also photographed migrant laborers grading and packing potatoes in Elizabeth City, in Pasquotank County, N.C. That town of roughly 11,000 people had the closest freight depot to those other communities.

Belcross, N.C., 1940. Sleeping accommodations were not fancy: potato sacks for beds, a warehouse for a bedroom. Photo by Jack Delano. Courtesy, Library of Congress

Many had also come to the U. S. from at least half a dozen countries in the the Caribbean, as well as from Mexico.

Hiring migrant workers was one of the ways that farmers replaced the enslaved laborers that had harvested local crops before the Civil War.

During the Great Depression, hundreds of thousands of seasonal migrant laborers harvested crops in the U.S.

On the Norfolk-Cape Charles ferry, 1940. This group of migrant laborers had finished the potato harvest in Camden County, N.C., and were headed to a new job on the Eastern Shore of Virginia. Photo by Jack Delano. Courtesy, Library of Congress

Those migrants moved across the country, one place to the next, swept up by the Great Depression as if in a great whirlwind and making do until they could get a toehold somewhere. 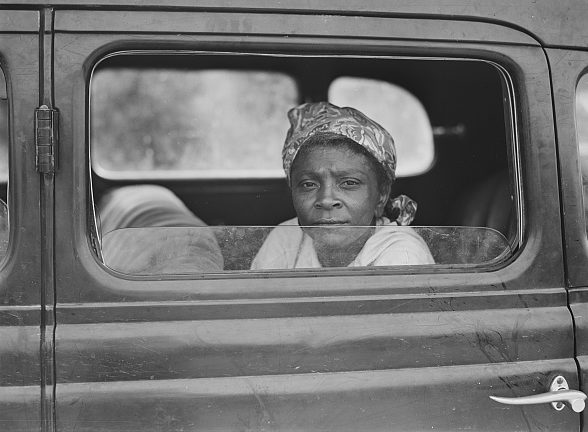 A woman waiting to begin her journey from Camden County, N.C. to other fields near Cranbury, N.J. 1940. Photo by Jack Delano. Courtesy, Library of Congress

Today approximately 150,000 migrant farm laborers and their dependents come to North Carolina every growing season. Most were born in Mexico, and our farm economy has never depended on them more.

3 thoughts on “The Migrants in the Potato Fields”