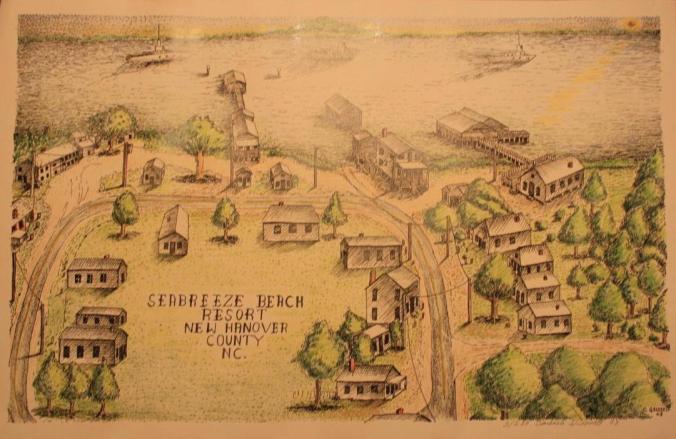 This is part 6 of my special series called “The Color of Water.” In this series, I’m exploring the history of Jim Crow and North Carolina’s coastal waters, including the state’s forgotten history of all-white beaches, “sundown towns” and racially exclusive resort communities. You can find the rest of the series here.

As I explored the history of Jim Crow on North Carolina’s coast, I discovered something else important: black and Indian people often found a way to the sea and our other coastal waters despite “sundown towns,” despite signs that read “No N— after dark” and despite oceanfront resorts that didn’t allow them to go swimming or walk on the beach.

In many cases, black and Indian people still found a way to the water, but it wasn’t always easy.

But during the Jim Crow era, people of color—blacks, Indians and sometimes Latinos, too—created their own beaches where they could be assured of a friendly welcome and where their children could discover the joys of our rivers, sounds and seashore.

The Birth of Seabreeze

At the William Randall Library at the University of North Carolina-Wilmington, I found a remarkable collection of oral histories about one of the most remarkable places where people of color reached the sea.

That place was called Seabreeze. Located south of Wilmington, N.C., Seabreeze was a beach community where black people owned the land and all the businesses.

From the 1920s to the 1950s, Seabreeze gave people of color in that southeast corner of North Carolina and beyond the chance to enjoy both the quiet waters of Myrtle Grove Sound and the pleasures of an ocean beach.

A marvelously gifted historian named Jenny Edwards (whom I mentioned in my last post) did the Seabreeze interviews as part of her master’s thesis research in the 1990s. At the time, she and I discussed her work, but I only recently had the chance to read the transcripts of her interviews.

According to Jenny’s research, a couple named Alexander and Charity Freeman purchased the first 99 acres of the land that later became Seabreeze in 1855. They were free people of color, and they made their living by fishing and farming.

The Freemans worked hard, took pride in their self-reliance and seem to have taken every bit of their savings and bought land.

By 1878, the family’s land holdings had grown to more than 2,600 acres. Ever after, people—including their own descendents—would wonder how the Freemans managed to get all that land—but they weren’t telling, and as far as I know, it remains a mystery to this day.

The Freemans first opened their seaside resort for African Americans in the 1920s. Maybe a little rough-and-tumble at first, Seabreeze (also known as Freeman’s Beach) soon had everything: fish fry stands, boardinghouses, a motel, dozens of juke joints, a dance hall, an amusement park, arcade games and a fishing pier.

At Seabreeze, you could buy fresh shrimp and fish right off the boat, caught by the Freemans and other African American fishermen. (They also carried fish next door to all-white Carolina Beach every day.) Or you could get a fried fish or clam fritter dinner at one of the take-out stands. 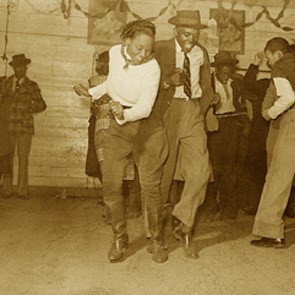 You could row across the sound to Masonboro Island and go fishing or picnicking on the Atlantic, too. For a good while, there was also a dance hall and pavilion out there that people called Bop City.

In Jenny’s interviews, Seabreeze comes across as a family beach, but also rich in romance and nightlife.

Stump liquor, I gather, was not in short supply. On the other hand, neither were gospel sings or Sunday school picnics.

You could also hear some of the best soul and rhythm and blues music anywhere, including Chitlin Circuit stars like James Brown and Bo Diddley.

Some people even think the most classic of all coastal Carolina dances, the shag, originated in Seabreeze, when white kids from Carolina Beach started sneaking over to the black beach to hear all the great rhythm and blues music and learn the latest dances.

Face to Face with God

A fascinating memoir, written in the 1980s by one of the Freemans’ descendants, a militant civil rights activist named Assata Shakur, really brings Seabreeze to life.

Cars and buses of people came from all over North Carolina, South Carolina and Virginia. There were church groups, school groups, social clubs, women’s clubs, Boy Scouts and Girl Scouts. All kinds of people would come to the beach, some with a little money and some you could tell were really poor….  Most of them treated me very kindly, just like I was their kid.

In one of my favorite passages in Shakur’s reminiscences, she describes what it was like when people who had spent all their lives living on tobacco or cotton tenant farms somewhere instate first came to Seabreeze.

One of the moving things for me was when someone saw the ocean for the first time. It was amazing to watch. They would stand there, in awe, overpowered and overwhelmed, as if they had come face to face with God or with the vastness of the universe. I remember one time a preacher brought an old lady to the beach. She was the oldest-looking person I had ever seen. She said that she just wanted to see the ocean before she died. She stood there in one spot for so long she looked like she was in a trance. Then, with the help of the preacher, she hobbled around, picked up the mundane shells and put them into her handkerchief as if they were the most precious things in the world.

For some Seabreeze was just a good time, a nice place to go crabbing and eat lots of fried shrimp and dance the night away.

And for others, of course, that seashore could mean more: it could be a place of baptism and re-birth, a symbol of freedom, an invocation even of the Middle Passage and a reminder of a distant homeland.

Next up—The Color of Water, part 6— From Ocean City to Rainbow Beach