A dawn view of a shrimp trawler off Bald Head Island, 1938. Even after the Second World War, the classic Carolina shrimp boat was still a 25-foot wooden skiff, local-built, dragging a 15-foot flat-netted, cotton twine otter trawl and powered by a 3-8 horsepower automobile engine. Photo by Charles A. Farrell. Courtesy, State Archives of North Carolina

In the fall of 1938 a photographer named Charles Farrell documented the working lives of the men, women and children in the shrimp industry in the village of Southport, N.C., at the mouth of the Cape Fear River.

While Farrell was in Southport, Capt. Leslie Day, of the trawler Empress, invited him to join him and his crew for a day. Farrell took photographs of Capt. Day, his father and his mate while they were dragging off Bald Head Island.

This is part of a series that I’ve been doing on Charles A. Farrell’s photographs of fishing communities on the North Carolina coast in the 1930s. In recent years, I’ve been taking his photographs back to the coastal communities where he took them and searching for the stories behind them. You can find my earlier posts on his photographs from Browns Island here, Colington Island here and the New River village of Marines here.

Another day Farrell visited inside the local shrimp processing houses, where hundreds of African American headers, peelers and canners had long made up the backbone of the industry.

Over a four or five day period, Farrell visited the docks and the boatyards and the town’s back streets again and again.

He even took photographs of the shrimp house workers’ children while they played among the old boats along the river shore and on the coquina rock that used to be part of Fort Johnston’s fortifications.

Farrell took thousands of photographs of fishing communities on the North Carolina coast between 1937 and 1941.

Now preserved at the State Archives of North Carolina, those photographs provide an extraordinary window into coastal life at the end of the Great Depression and on the eve of the Second World War.

Previously I have written about Farrell’s photographs in three other coastal communities. You can find my story on his photographs of Otway mullet fishermen at their camp on Brown’s Island here.

Bedford Lawrence, Browns Island (Onslow County). The mullet crew was made up of Lawrence and Gillikin family members from Otway, in Carteret County. Photo by Charles Farrell. Courtesy, State Archives of North Carolina

You can find my story on his photographs of a fishing family in Colington, on the Outer Banks, here.

Finally, you can find my story on Farrell’s photographs of the village of Marines here. Before being evacuated and demolished for the building of Camp Lejeune in 1941, the village was located on the New River, in Onslow County.

Men from Sneads Ferry (on the other side of the New River) carrying corn to Ollie Marines’ grist mill in the New River village of Marines (Onslow County), N.C. Photo by Charles Farrell. Courtesy, State Archives of North Carolina

Farrell’s photographs of Southport’s shrimp industry are some of my favorites though.

At the time, the shrimp industry was the heart of Southport’s economy. The village was the birthplace of North Carolina’s shrimp industry, and when Farrell visited in 1938 it was still the state’s most important shrimping port. 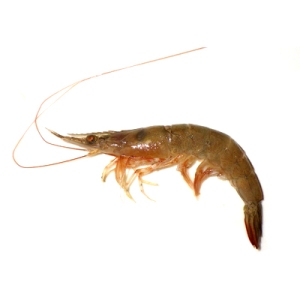 As Leila Pigott, the wife of one of the local shrimp house owners, told me some years ago,  “Southport used to be known as the shrimp capital of the world.”

Beginning tomorrow, I’ll be posting a special series that looks closely at Farrell’s photographs of Southport’s shrimp industry and the stories behind those photographs.

I hope you enjoy the photographs and the stories and all they tell us about our coastal past.

On a personal note: I know many of you will be reading this series while you are feeling anxious over the coronavirus (COVID-19) outbreak that is sweeping the world now.

Many of you will be in some kind of quarantine, and I fear some of you may be dealing with the disease yourself or with loved ones who have the disease. If that is the case, please know my heart and prayers are with you.

And if you’re one of my neighbors and you need anything, please let me know. As life on the coast has always reminded us, we are all in this together.

4 thoughts on ““The Shrimp Capital of the World”– Charles Farrell’s Photographs of Southport, N.C., 1938”