This is the 8th part of my series based on a diary that I found recently at the Connecticut Historical Society in Hartford, Conn. A Connecticut woman named Susan Edwards Johnson kept the diary while she was on the North Carolina coast in 1800 and 1801.

Susan Johnson arrived at “Mr. Mallett’s rice plantation opposite Wilmington” on the 9th of January 1801. Here her diary’s entries began to give me a dark, foreboding feeling like that in Joseph Conrad’s Heart of Darkness, as Susan entered a part of the North Carolina coast where most of the people were enslaved and her route followed what was called “Negro Head Road.”

In the company of her husband and the Malletts, Susan had left Fayetteville the day after Epiphany. They had taken Negro Head Road to its terminus at Mallett’s plantation, which occupied a jut of land where the Cape Fear and the Northeast Cape Fear River come together.

In some quarters, I still hear those names used for those coastal landmarks.

The source of the term “Negro Head” (and its coarser version) for the road, the point of land and the plantation rests in unremembered events that occurred sometime before the 1760s, when historical records first indicate that “Point Peter” was also known as “Negro Head Point.” 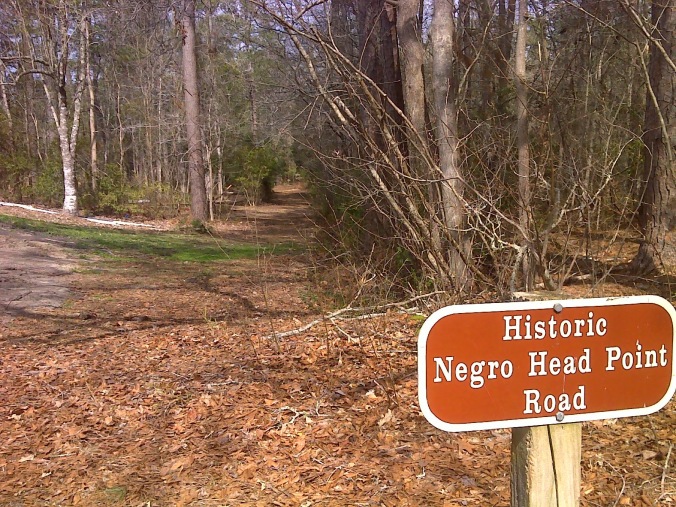 A portion of “Negro Head Road” (or “Negro Head Point Road”) can still be seen at the Moores Creek National Battlefield, administered by the National Park Service in Currie, N.C.

Some sources say that those names derived from an incident in 1768 in which British colonists killed and decapitated an alleged slave outlaw.

One scholarly account, in particular, refers to an enslaved man named Quamino (a name from the Akan people of what is now Ghana) that was charged with robbery and given a capital sentence.

According to that account, colonial leaders decapitated Quamino and put the dead man’s head on a post “affixed up upon the Point near Wilmington.” That was Point Peter, which was the site of one of Wilmington’s most heavily traveled river ferries. They intended the head as a warning to other enslaved men and women that might try to rebel.

Historical records also refer to a later incident, one that occurred long after the site had first been known as “Negro Head Point” or “Nigger Head Point.” As time went by, the two incidents were often conflated.

That episode happened in 1831. In response to an alleged slave uprising along a 75-mile stretch of the Cape Fear River between Kenansville and Southport, white authorities unleashed a wave of violence against African Americans. Among the violent acts were several beheadings and at least one incident in which an enslaved man was burned at the stake.

At that time, many whites feared that Nat Turner’s Rebellion might spread to the Cape Fear.

In a wild outbreak of hysteria and violence, white leaders killed and decapitated at least eight black men and placed their heads on posts. The victims included two men in Duplin County, and six others in Wilmington. Whites placed the head of one of the Wilmington victims on a post at Point Peter (a. k. a. Negro Head Point).

As she traveled Negro Head Road, Susan grew ill, as if her body was telling her not to go to Point Peter or Wilmington.

After lunch I found myself extremely sick: the remainder of this day’s ride the most distressing one, I ever experienced, being in great pain & at times quite faint . . . .

Of Rice and Slavery

On the 9th of January, the travelers arrived at the Point Peter plantation. After recovering at least somewhat from her illness, Susan gave a quick appraisal of Peter Mallett’s home before she went to bed—

The house small but comfortable. Kept by a trusty negro woman with great neatness—situated in the center of the rice ground, it is pleasant; but in summer very unhealthy.

The next day was Sunday, and the Johnsons and the Malletts had intended to cross the Cape Fear and go into Wilmington to church. However, the weather had made a turn for the worse, the river was a tumult and they decided to save the ferry crossing for another day.

A river ferry, Wilmington, N.C., probably ca. 1890-1900. A ferry like this one operated between the site of Peter Mallet’s plantation and Wilmington’s wharf district for generations. Courtesy, New Hanover County Public Library

Instead of crossing the river, Susan took a walk around the plantation, which featured more than 3,000 acres of fields, swamps and forests, as well as a high bluff called Mount Misery.

In her diary, she doesn’t mention seeing any of Mallett’s enslaved laborers, though she must have seen many of them.

Detail from 1781 map showing Wilmington, Mount Misery and the two branches of the Cape Fear River. Peter Mallett’s rice plantation was located on the peninsula marked “Ferry.” Cape Fear River with the counties adjacent, and the towns of Brunswick and Wilmington, against which Lord Cornwallis, detached a part of his army, the 17th of January last, by John Lodge and John Bew (London, 1781). Courtesy, UNC-Chapel Hill Library.

Rice cultivation was very labor intensive, as well as notoriously hard and unhealthy. Peter Mallett and nearly all other Cape Fear rice planters left their plantations and their enslaved laborers in the hands of an overseer for long periods during the summer to avoid malaria, yellow fever and other mosquito-borne diseases.

During most of the year, those rice planters resided at their townhouses in Wilmington (or in Mallett’s case, Fayetteville). Many also had summer houses in Southport (then called Smithville).

Because of a rice crop’s special demands, Cape Fear planters generally considered it unrealistic to grow rice unless they were wealthy enough to employ at least 50 enslaved laborers. They relied on those African and African American workers to tend their fields and to build and manage the extensive systems of ditches, levees and water gates that were necessary in order to harness the river’s tidal flow for rice cultivation.

I don’t know how many enslaved people toiled on Mallett’s rice plantation, but he held enough Africans and African Americans in bondage that a few months after Susan’s visit, in April 1801, he could afford to send 33 slaves as a gift to a married daughter in Georgia.

For reasons I don’t fully understand, Susan did not mention seeing any enslaved people when she was staying at Mallett’s Point Peter plantation. When I realized that, I also realized that she rarely made any reference at all to enslaved people during her travels on the North Carolina coast.

To me that silence is one of the most striking aspects about her diary.

In 1800 and 1801, when Susan kept her diary, the American Revolution was not long over and the subject of freedom and slavery was still in the air—in newspapers, broadsides, pamphlets and books, as well as in the conversations held everywhere from drawing rooms to legislative halls.

“Am I not a Man and a Brother?” 1787 official medallion for the British Anti-Slavery Society, designed by Josiah Wedgwood and one of the other model designers at the Wedgwood pottery factory, presumably either William Hackwood or Henry Webber.

During those years, the Atlantic world was aflame in popular movements to abolish the slave trade and slavery. The French revolutionaries had already banned slavery at home and in France’s colonies in North America (though Napoleon would later re-institute it).

Spurred by Quakers and other radical abolitionists, a movement to end the British slave trade was also underway. In London, Parliament would  prohibit the importation of slaves into the country and its colonies in 1807. That same year, the U.S. Congress also passed its Act Prohibiting Importation of Slaves. 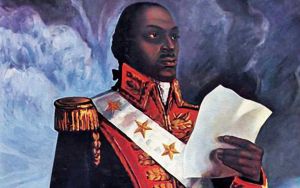 At the same time, American readers avidly followed the struggles of Toussaint Louverture and other slave revolutionaries to gain their freedom in Haiti.

Moreover, I know from Susan’s diary that she read books with radical political ideas, including those by authors deeply outspoken against slavery and the Atlantic slave trade.

Yet as Susan traveled through parts of the N.C. coast where the majority of people—sometimes the large majority— lived in slavery, and toiled around her day and night, she rarely mentioned enslaved people in her diary.

Not once does she mention a black man or woman, enslaved or free,  by name.

I have been thinking about this a lot and I am not sure what to make of it.

As I read Susan’s diary entries, I sometimes wondered if she feared that unsympathetic eyes might read her words, and so she kept some of her most private thoughts out of those pages.

At other times, I think about the blind spots that we all have, and which are so often dangerous to those that occupy them, but also painful and tragic for those of us that go on unseeing.

So that as I read this extraordinary diary, I also wondered if Susan Johnson did not see—really see, I mean— the African and African American people around her, much as so many of us in America today have grown so accustomed to the presence of the poor and forsaken on our street corners, and under our bridges, and in our prisons and so many other places, that we have stopped seeing them at all.

One thought on “The Road to the Cape Fear– Susan Johnson’s Diary, Part 8”